The fourth book in the Stick Dog series, Stick Dog Dreams of Ice Cream, will be released May 19!  That’s less than 100 days away - 99 to be exact.  In this fourth story, Stick Dog and his pals try to beat the heat on a super-hot day.  The adventure includes a battle with a water-attacking machine, the discovery of rainbow puddles and a police chase!  If Stick Dog fails in his quest for ice cream, he may never see his friends again.  If he succeeds, it’s ice cream for everyone!  Filled with adventure - and plenty of laughs - Tom thinks kids are going to really dig it.  Here’s a sneak peek of the cover. 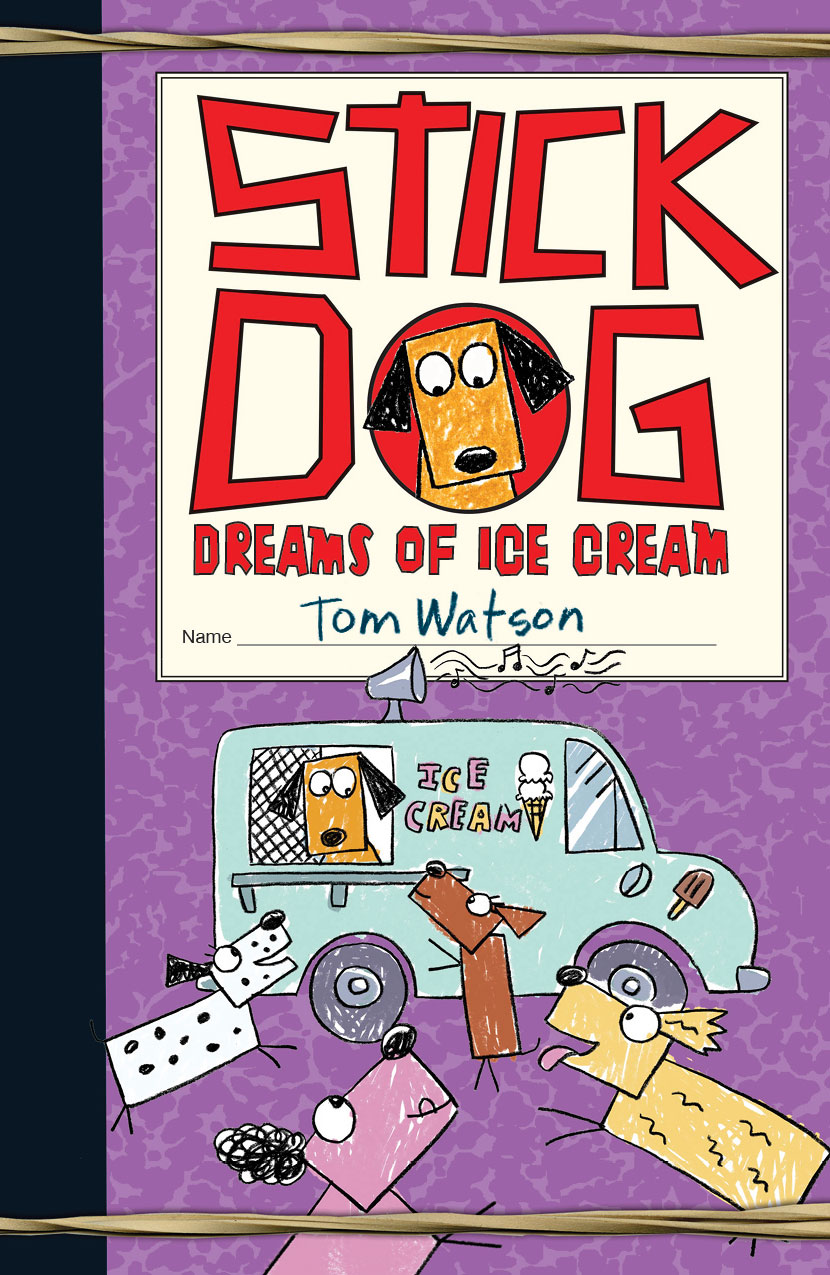