The new book, Stick Dog Chases a Pizza, was scheduled for Fall, 2014.  Now, it will be released in summer!  See the cover here!

Stick Dog Chases a Pizza, the third adventure in the Stick Dog series, will be available on July 8—- about four months earlier than originally planned.  The special sneak peek at the end of book two said it would be coming out in the fall.  But no more.  Earlier is better!  Tom is super-excited about the way the story has turned out.  It has loads of laughs—and some suspenseful moments too.  And the cover looks great.  Here it is: 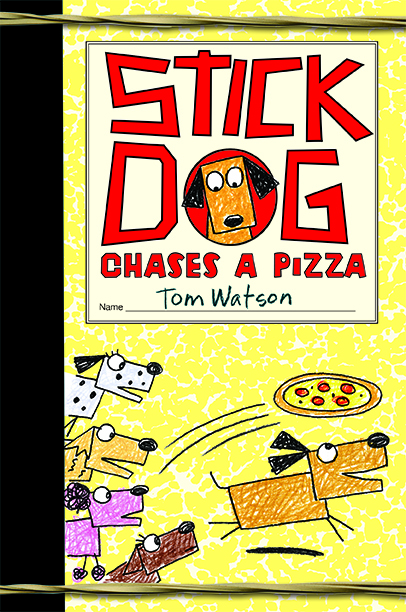