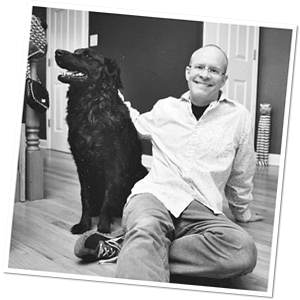 Tom is the author and draws the original sketches for all the Stick Dog stories. He lives in Chicago with his wife, daughter and son. They also have a dog named Shadow. Tom did not want to name the dog Shadow. He wanted to name him ‘Put Your Shirt On.’ It’s a long story. Sometimes when Tom is visiting schools, he shares the story.

Tom’s first jobs out of college were in politics. He worked for U.S. Senator John Glenn and as the Chief Speechwriter for the Governor of Ohio. He has also worked in marketing and advertising. He likes writing books for kids a lot more than writing speeches and other things for grown-ups. He thinks kids are way smarter than grown-ups.

Several years ago, when his kids were younger, Tom wrote and illustrated several rhyming picture books for them. His wife – who is much smarter than Tom – suggested he share these stories with kids for free. And he did. And they’re still free. You can find them at Apple's iBooks store and at other electronic book outlets.

Want to make it even easier? You can download them for free right from this website. You’ll get a PDF file that you can open and read on your computer, tablet or phone. Or you can print it out and read it that way. Just go to the Books page.

Here’s the first Stick Dog drawing Tom ever did. 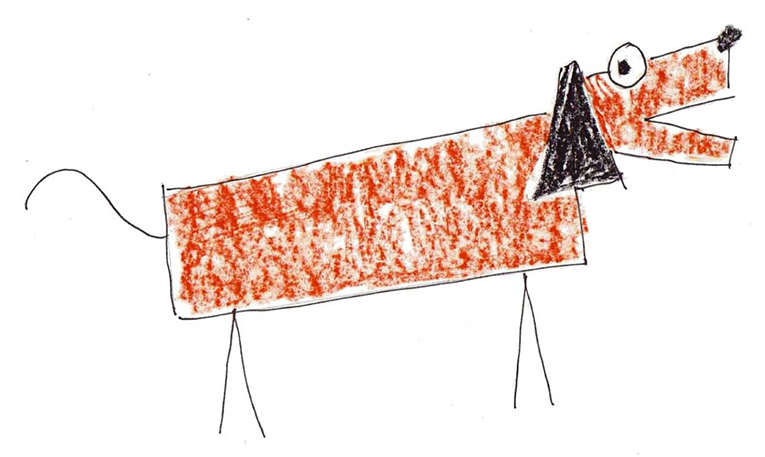 Here are a few examples of Tom’s original sketches and Ethan’s final versions. Ethan’s illustrations make the Stick Dog books even better – and Tom loves what he’s done with them.